For millennia, the alien union called the Weave had been at war with the Amplitur. But only in the handful of centuries since Earth had joined the Weave had the tide of the battle been slowly turning in the Weave's favour. Then an elite unit, raised from childhood in dedication to the Amplitur Purpose and designed to match perfectly the Humans they were to fight, came of age - and it looked as if at last the Amplitur might prevail against the Weave.
But when one of the elite unit, a warrior called Ranji, was captured by the Weave, a horrible truth was revealed: Ranji was in fact Human, a subject of the Amplitur's vile genetic manipulations.
The Weave promised to reverse the effects and help Ranji rescue other altered Humans from the clutches of the Amplitur. But neither Ranji nor his new allies could have know that the proposed cure would result in an abomination that could tear the Weave alliance apart - and brand Ranji and his kind as the most despicable creatures in the galaxy... 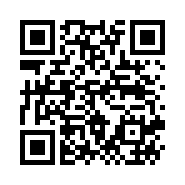